When the winds of change blow - some build walls, others build windmills

Welcome to the latest round-up of what we’ve been working on, and what’s inspired us.  In this issue:

Don’t want to hear from us any more? Just unsubscribe! 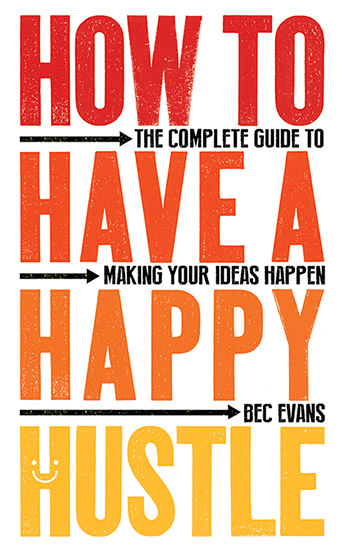 How to Have a Happy Hustle – book giveaway!

In Episode 20 of the podcast, I used some of Bec Evans’ suggestions from her brilliant book,  “How to Have a Happy Hustle: the complete guide to making your ideas happen”. Bec wrote the book for those looking to get fulfilment by doing something new, especially a startup or side project, and it’s got lots of practical tips and strategies to help you uncover problems that are ripe for circular economy solutions.

Bec has kindly offered a copy to give away… thanks Bec! So here’s how to win… Leave a review on iTunes or your favourite podcast app, take a screenshot and email it to: hello@rethinkglobal.info  by the closing date of 28 February 2020.  We’ll select one of the entries at random and the winner will receive “How to Have a Happy Hustle: the complete guide to making your ideas happen” as an e-book.

We review the last series, focusing on the ‘how’ of making your business circular, looking at the different ways people were getting to grips with the problem they wanted to solve.

Plus, we get an update from Izzie Eriksen, on the new subscription model for ApparelXchange, and get some ‘bonus’ circular economy examples from David Greenfield of SOENECS (aka Dr Resources of the Circular Economy Club). 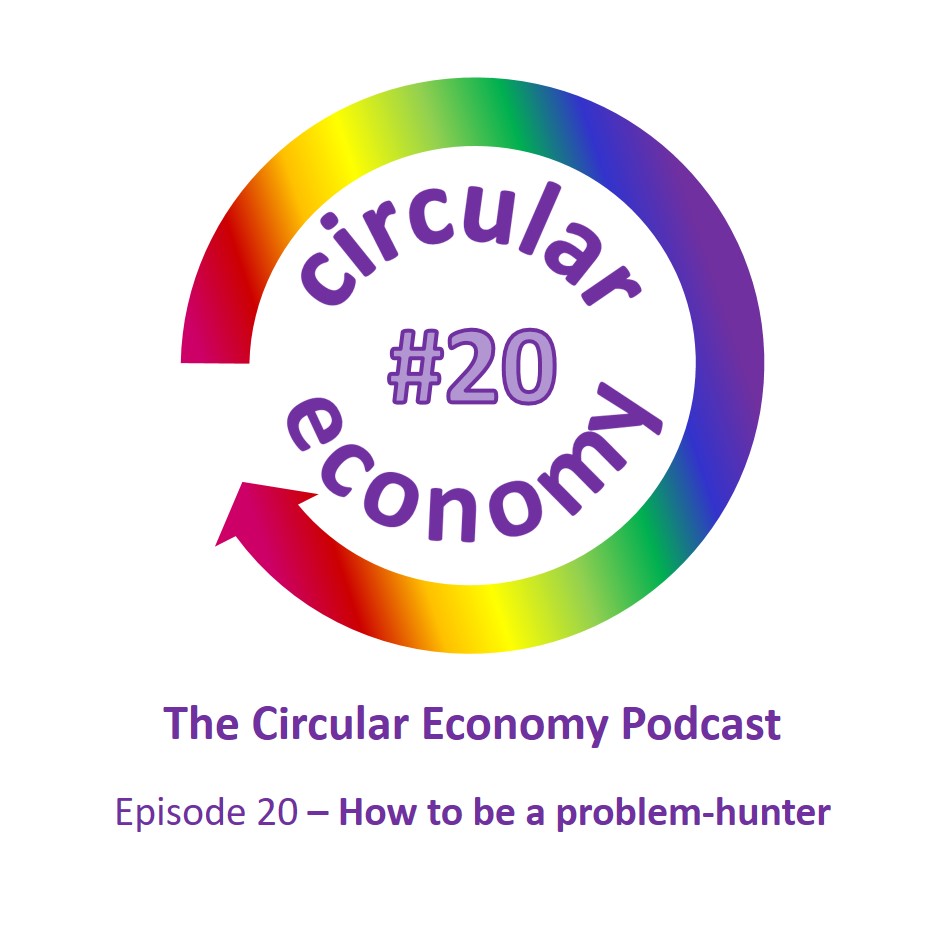 How do we find a linear problem that needs a circular economy solution? Bec Evans, author of “How to Have a Happy Hustle: the complete guide to making your ideas happen” suggests starting with what’s bugging you, and become ‘avid problem collectors’.  We look at how our guests in the last series hunted down their linear problems and got clear on what the customer needed – the ‘job to be done’ in ‘lean’ terms. 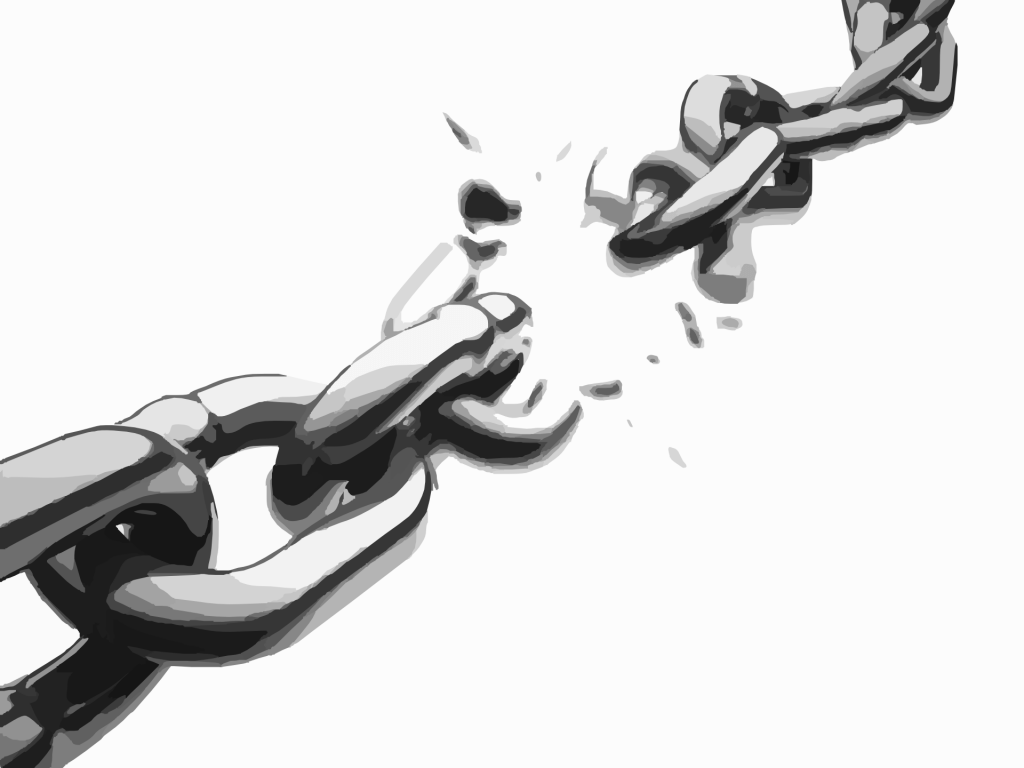 The coronavirus is already disrupting supply chains, creating major headaches for many businesses.  It spotlights the critical risks embedded in our ever-more-complex global supply chains. How can you protect your business in the face of the next mega-disruption, whether driven by extreme weather, disasters, or even geo-politics? We explore how those businesses working towards a circular economy are mitigating these potentially fatal flaws. They aim to recover their own resources, to prioritise local supply and decentralised production, and to slow down consumption instead.  Read more…

Last time, we forgot to say thanks to Sean Pillot de Chenecy of BrandPositive for highlighting the Economist quote about brand trust that Peter used in his blog on Inclusive Capitalism

Thanks to the Board of Innovation for sharing 7 ‘standout innovations’ from ChangeNOW 2020 in Paris, including microbial fermentation to produce sustainable textile dyes

Inspired by the ‘Outrage and Optimism podcast‘ by Christiana Figueres (Executive Secretary of the UNFCCC 2010-2016), Tom Rivett -Carnac (ex UNFCCC and CDP) and their team, we’re highlighting things we’re feeling optimistic about…

… the amazing new circular materials and inventions being created by young designers and scientists.  Lucy Hughes, mentioned by David Greenfield in Podcast #20 after winning the UK James Dyson Award, went on to win the International Award worth £30,000, beating 1,078 entrants from 28 different countries.  Hughes, a design student, used fish waste to create MarinaTex, a biodegradable alternative to plastic.

And outraged by…! Might be a bit late for those of you buying chocolates for Valentine’s Day… But we were outraged by this story in the Guardian, on how Italian brand Ferrero Rocher avoids paying local tax whilst awarding big pay-outs to its billionaire owner. The chocolate brand, which also makes Kinder Surprise, Nutella,  paid just £110,000 UK tax last year, despite selling £419m worth of chocolates in Britain. We believe in a fair, inclusive and circular economy – and that means paying your fair share of local tax!

Hope you have a good week…

Please feel free to forward the newsletter to any of your friends or colleagues who are interested in all things circular! Don’t want to hear from us? Just unsubscribe! 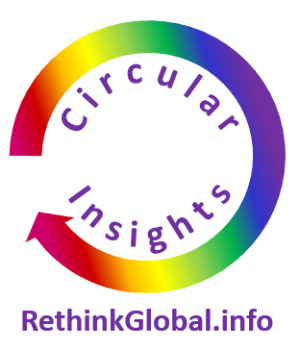 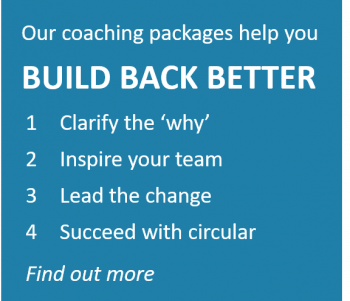 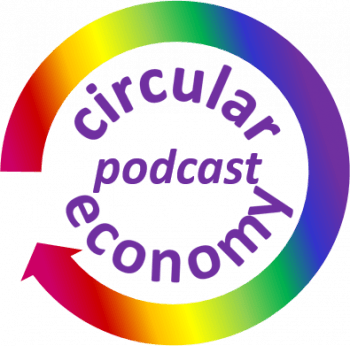